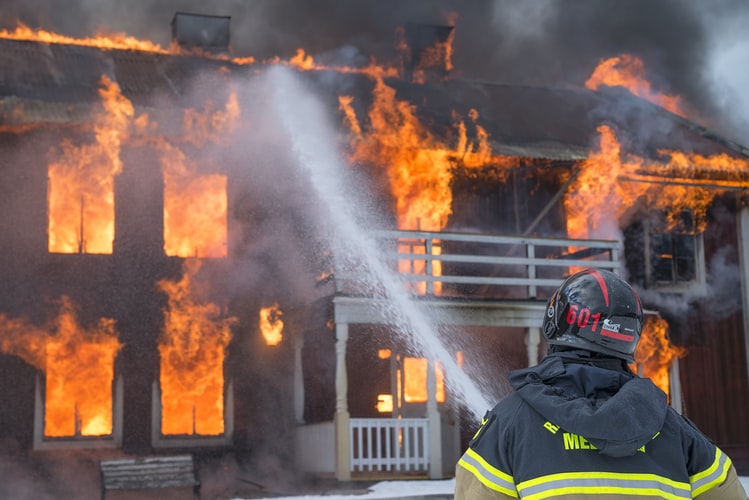 California fires are getting worse each year. The state has seen almost 160,000 acres burn in wildfires in 2019. This is only a fraction of the amount thatĀ had burned by this time last year, according to Cal Fire data, which includes wildfires 10 acres or larger.

Forest fires often cause serious threats to the environment and produce real emergency situations as well as facilitate further natural disasters like mud slides or flooding. The response time of first responders greatly affects the consequences and losses of life and property caused by them.Ā  The enhancement of forest fire prevention and detection systems can be considered a main goal for conserving the environment, property and life. With respect to this, the real-time monitoring of certain environmental variables may make the forest fire prevention, detection, and fighting much more efficient.

Uncommon decreases in humidity or increases in oxygen level, combined with increasing temperature values or the concentration of certain polluting gases like carbon dioxide and carbon monoxide, may help to indicate when there is a high probability of fire outbreaks. Therefore, environmental monitoring may make the response time of emergency teams more efficient and less reactive. Fire spread can be estimated by analyzing the values of meteorological variables, wind direction changes, and the oxygen level over nearby forest areas. These environment variables have a direct impact on relevant fire propagation factors such as dryness of vegetation and availability of organic fuels.

A wireless sensor network (WSN) based on Internet of Things (IoT) devices and sensors can be used to perform real-time environmental monitoring of the aforementioned forest fire risk factors. Their design and distribution have to be strategically planned to ensure they are covering as much forest areas as possible or at least the highest risk areas. With respect to this, several challenges must be considered. Aspects such as the authentication of sensor nodes and the security of wireless communications among distributed sensor nodes, both taking into account possible areas out of network coverage.

Due to uncertainty in environmental data, understanding environmental factors to estimate the existence of fire risks or to detect the occurrence of a wildfire incident is not a simple process or one that can be executed with complete accuracy. However, deploying these technologies in the field will over time depict a pattern that can be learned from and improved upon over time. By constantly retraining algorithms, these systems will get significantly better as time and technology advances.

Effectiveness and response time in emergency situations are key factors that directly influence the number of victims or property loss. The analysis of environmental conditions in real time (such as weather events and polluting gases) could provide relevant data on the environment that could help prevent or detect an emergency situation. Nowadays, IoT devices and sensors allow the monitoring of different environmental variables, such as temperature, humidity, pressure and concentrations of pollutant gases, such as carbon monoxide and carbon dioxide. Radical changes and combinations of these variables could indicate the occurrence of adverse weather events that could cause a natural disaster, such as a forest fire.Ā  If a critical abundance or lack of a certain vector can help to indicate a higher fire probability, algorithms can assess and alert when environmental levels change.

Monitoring for dangerous gases being caused by wildfires are also critical components of the solution. Molecules like carbon monoxide, carbon dioxide, and nitrous oxide can pose significant risks to fires responders and those that live nearby or downwind.These gases can affect peopleā€™s health and are emitted during forest fires excessively as result of combustion of huge amounts of biomass. The system should be able to produce real time alerts that are activated according to the latest disaster events and weather patterns. By ensuring people are warned as quickly as possible to potential fire or air quality danger, easier coordination of evacuation operations and a decreased demand on emergency teams could be quickly realized.

Through intuitive dashboard UIs and map interfaces all of this data can be readily depicted to derive the best statistics. 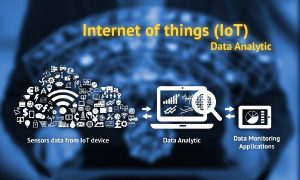 Every IoT device distributed in the environment communicates wirelessly through 4G through a Web service, which is responsible for storing and processing all data. So, these particular devices have integrated 4 different sensors that are able to interact with the environment and collect multiple variables: temperature, humidity, atmospheric pressure and pollutant gases (carbon monoxide and carbon dioxide are good indicatorsĀ of air quality). In addition, they are based on Arduino and are composed of a motherboard that is assembled with a 4G module to send the collected data. Other hardware elements are also necessary to integrate the multiple sensors that allow to register the atmospheric variables. The use of a 4G module allows registering the location of each distributed device guaranteeing their visualization and representation through interactive maps.

Once the IoT device is in the environment, the atmospheric variables and the pollutant gases of the area where it is located are captured. Besides, it is necessary to add some other device parameters: battery level, latitude and longitude (to manage their locations from the Web service) and International Mobile station Equipment Identity (IMEI) parameter that allows them to be uniquely identified in the system.

Once all the required data is available, the information is sent to the Web service layer that manages the resources. In this sense, it is responsible for database management of the entire information system: new measurements, users and active IoT devices. In addition, the Web service layer stores, measures, and manages their visualization through graphs and other interactive elements (graphs, indicators, gauges, etc.) that allow the interpretation of meteorological conditions and contamination levels of each registered area by users. 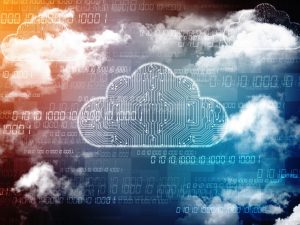 Other functionalities of the Web service could be to synchronize all system information among all users in real time by connecting IoT devices, mobile devices and the Web applications. However, the data synchronization process needs information that the system obtains by a continuous monitoring for new measurements. This aspect allows activation of alerts depending on whether registered values represent a potential hazard for forest fire generation or other emergency situations.

In this case, notifications will be sent to the active users through the mobile application. In addition to these notifications, new information about activated alerts and the state ofĀ variables (temperature, humidity, etc.) will be updated across all applications.

The Web service should be configured to allow bidirectional real time communication based on events through any platform or browser. The server will send data to the connected users without the need of making client requests. When new data is processed (new measurements, activation of alerts, new IoT devices, etc.), the server transmits it to all listening sockets,Ā so the information accessed by users is updated automatically.

This advantage offered by this technology avoids the need to manually update the application to see new changes. Continuous availability of updated information is an essential requirement for prevention, detection and extinguishment of forest fires or other emergency situations.

Finally, an Android/IOS mobile application will represent locations of IoT devices,Ā measures and averages for each variable monitored through graphical visualizations that users could interpret easily. Moreover, this application is responsible for synchronizing notifications and activating alerts that have been sent from the server (when a recent measure registers a potential hazard for the generation of an emergency situation). In the application, the authenticated users can interact with a map that representsĀ locations of IoT devices through latitude and longitude parameters and geo-markers. When one of them clicks on a marker, a new interface will be displayed showing all available information about the device selected: location, description, level of the battery in addition to all registered measures of each monitored variable in that day. Users can also access a bar chart that represents the real time averages of measurements for each atmospheric variable or pollutant gases. 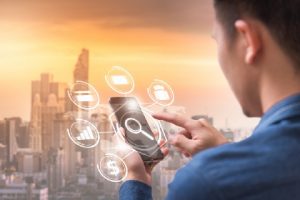 However, another important element is the alert control panel. This section should represent all notifications and alerts activated from the server when a measurementĀ involves a level of danger for forest fires generation. Each notification received informs the users about the exact zone associated with the danger, the variable and a description to identify which alert level has been increased.

This functionality has been configured through the cloud messaging services and an identification token that the server needs to identify each mobile device when itā€™s necessary to notify and synchronize a new alert. Only notifications or alerts that are associated with the mobile device location can be received.

In addition, notifications can be controlled by a time period. In this sense, a same alert that repeats constantly will not be sent from the server to the same mobile device until 10 minutes have passed since last notification was sent. This rule was set to avoidĀ overloading the application.

Finally, this mobile application can be especially useful for emergency teams located in affected areas when forest fires or emergency situations are active. For that, it can have an operational panel integrated to show all actions and required operations for fire extinction.

One of the features of a developed fire information system is the introduction of an alarm management component that is activated every time when a new measurement arrives at the server. To this end, the system verifies if the value associated with each monitored variable (temperature, humidity, CO2, etc.) represents a potential danger. If it indicates the proximity or probability of an adverse weather event that could indicate the occurrenceĀ of a forest fire or another type of emergency situation, alerts are then released to affected and surrounding areas.

For this reason, some reference limits and ranges have been defined for each atmospheric variable and pollutant gas to ensure false alarms aren’t being triggered too often.

In the Web service, the visualization of information and resources are mainly focused on four aspects: geolocation of IoT devices that are available, new registered measurements, atmospheric variables and pollution levels (through the devicesĀ on each zone), activated alarms in the server (when some of the processed values are out of the normal range for each monitored variable) and the management of Ā emergency teams that are situated in the zone affected by the forest fire.

Climate Change: The need to make a “change” today

The systems they use donā€™t predict or monitor specific wildfire events. Climate models show that as global temperatures continue to rise the atmosphere and land in certain regions like Californiaā€™s forests will grow increasingly more arid. This in turn will make shrubs or trees dryer and more flammable. Climate change will continue to increase wildfire risk in California. The “worst case scenario” is unfortunately being made worse with each passing year. Weā€™ve seen over just the last two years how communities in California can be caught off guard and suffer horrendous losses as climate change exacerbates the conditions that create these monster fires.

Climate change demands both immediate action to reduce emissions and long-term adaptation to an increasingly more hostile climate.Ā Most importantly, there is a need of a robust disaster prevention and management system in order to minimize economic and physical losses. We are stewards for the future of our children, it is our responsibility to provide them a healthy and safe environment to thrive.

The Worldā€™s Air is in Your…