Bringing tech industry’s most disruptive technology to your organization

Mobile phones have fundamentally changed the way business is conducted. And they will continue to do so in the coming decades. It’s not an overstatement to say that the mobile revolution is all set to grow bigger than the industrial revolution.

Digital Revolution and Mobility is taking the tech industry by storm, and at Clovity, we can put you right in the eye of that storm.

reasons to work
with us

We provide long-term mobility solutions based on enterprise business goals

Most companies feel that all their problems will be solved if they invest in an app. Truth is having an app just for the sake of it is only going to complicate matters. What you really need is a clear mobility strategy based on your long-term business goals.

That’s what Clovity does.

Our mobility solutions are built around your core business, making them sustainable and scalable. In the long run, they add positive value to your business.

The markets today are exceedingly volatile. They are always moving, constantly shifting to newer, more optimal equilibrium points. In such a scenario, the market dynamics are likely to have changed significantly in the time you develop the app and launch it.

Our Agile methodology helps you account for variable change.

We implement real-time use case and scenarios to predict the market. We then incrementally change the app to suit the needs as the market evolves. Our state-of-the-art Synthesis Framework ensures an always-evolving app development and a successful app launch.

Extracting the core value proposition of your requirements and converting it into a product road map.

When we design an app, we don’t just develop an application, we tell a story. A story that resonates with the user and connects at an emotional level. That’s the surest way to ensure brand loyalty among customers — offering them solutions even before they ask.

One of the biggest challenges enterprises face today is solving the talent crunch. There’s a huge demand for developing associated/companion apps that are essential for productivity. Clovity’s team of talented and motivated developers is the perfect solution to deal with this rising demand.

With the rise of BYOD, security issues have risen as well. We offer integrated device security solutions that work across the enterprise ensuring safety for your organization.

Another issue is of Cloud Storage and AI integration. Clovity’s multilayered testing approach, coupled with agile development practices, ensures that your enterprise stays ‘secure’ and ‘smart’ at the same time.

Internet of Things and Wearable Testing

IoT has emerged as the technology of tomorrow and the means for it's execution is wearable tech. That’s why Clovity has developed a special testing wing exclusively for Wearable Development and Testing.

A lot companies are capable of developing apps for wearable devices, but only a handful of them have the technical knowhow and expertise to create seamless products that combine good design and innovation. Clovity belongs to the second group of people.

Our SDK development team consists of highly talented and creative professionals. They are capable of harnessing the true power of mobile technology by creating apps with world-class UI/UX.

The number of devices that fall under the purview of Internet of Things (IoT) have increased exponentially in the last few years. The IT department in every company is under severe stress, struggling to manage all the ‘connected devices’ and trying to make them all secure.

At Clovity, we pay special attention to security and safety while testing wearable devices. However, that’s only a small part of our Testing mechanism.

We have on board a group of dedicated quality testers who set very high standards and are particular about getting even the smallest of details right.

This attention to detail is usually the difference between a successful and unsuccessful app.

We believe there’s more to an app than the lines and lines of code making it up. It’s an experience and we treat it as such in our testing phase. From UI/UX fixes to network issues and battery problems, we put an app through all it's paces before we are ready to take it public.

Clovity’s extensive mobility services will put you exactly where you want to be — in the hands of your customers. They will also help you integrate various aspects of your own business together. All this while making your enterprise more secure, more stable, and more ready for the future.

Clovity’s Synthesis™ framework is a simple but powerful approach to Agile — an amalgamation of simple and realistic solutions to overcome the challenges in achieving true Agile.
Synthesis™ overcomes the constraints that an organization faces and delivers success. 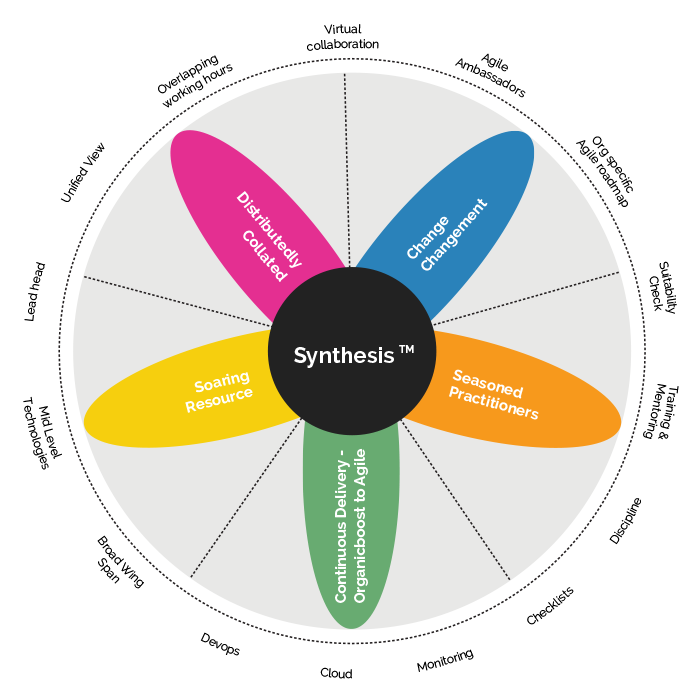 Industries we
focus on

Clovity is a True Agile Partner and focused on Banking, Healthcare, Retail & Technology driven industries to bring about transformation through customer success. Our deep Industry expertise, hand and glove partnering and leading IoT, Digital and Data transformation projects and powered by our solutions, plug and play, partner ecosystem and accelerators, we are delivering our client's customer promises.

We are passionate about helping
you maximize value of your
IoT investments - CSensorNet is your answer!

At Clovity, we believe that providing reliable, scalable and innovative solutions is the only way for guaranteed customer satisfaction. We analyze every problem as one element of a greater system, and combined with our solution accelerators and plug & play frameworks along with understanding of our customer ecosystem is the only way on how everything comes together with faster time to market for any product launch. Only by listening to the end user can we provide optimized solutions that solve the specific needs of the industries we serve. With ever more customers requiring ever more sophisticated solutions, only innovations tailored by informed thought leadership and solutions can provide customers with next generation cutting edge project solutions and platform - CSensorNet.

Operational Cost saving for Bank
with IoT and Mobility roll-out

A Midwest based hospital wanted to eliminate the redundant manual processes to record medical data which causes inefficiencies and led to wrong diagnostics through errors in data entry.

Return on Investment with Salesforce Implementation

An East Coast based mid-tier bank wanted to stand apart in the market by providing personalized and localized service to it's clients, and achieve a single view of customer data across relationship levels with the bank.