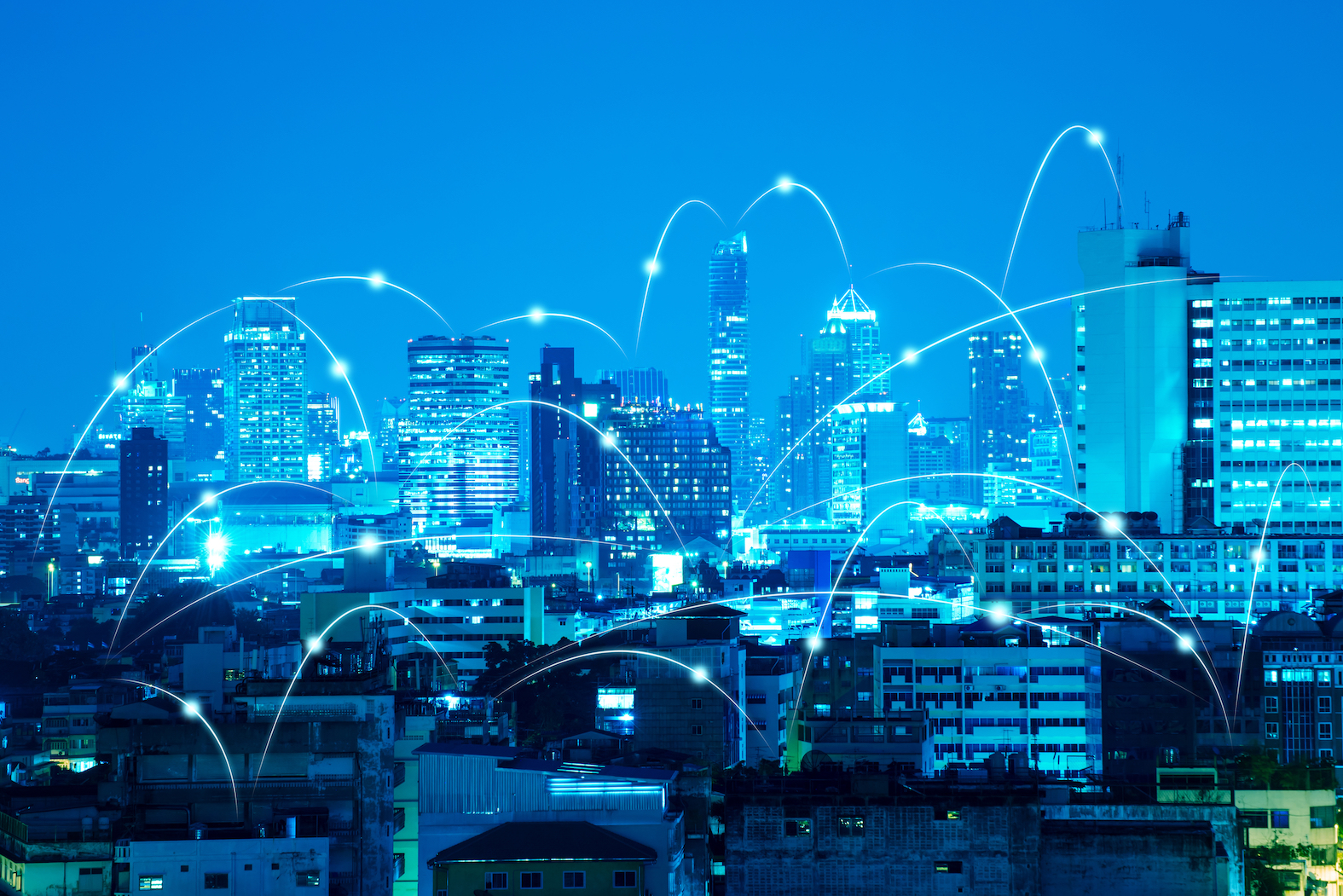 Every single time a terror attack happens somewhere in the world, we gasp, sigh and think ÔÇťWhy did this happen?ÔÇŁ Is there really no way this could have been prevented? Be it the recent tragedy in Sri Lanka, countless school shootings in US (that have become so commonplace that we have lost count), suicide bombings, large massacres like what happened in Las Vegas or Thousand Oaks, or vehicle ramming attacks occurring worldwide in cities like London, Stockholm, Berlin, Jerusalem, and Barcelona, at some point we need to find a way to curb this troubling trend. Just one lost life has serious repercussions on the mental well-being and the future of hundreds of interconnected lives.

To ensure that these catastrophic attacks of terror donÔÇÖt continue to happen at this rate, we need to figure out ways to stay ahead of nefarious actors. 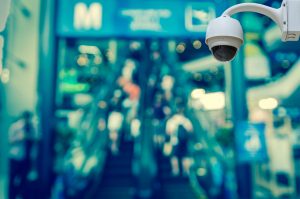 Imagine a world where there are sensors that are able to assist in crime prevention. Utilizing a joint AI and IOT solution, devices are now capable of sensing, recording and reporting any unusual activity that departs from normalized patterns of daily human activity. Deployment of these technologies, while slightly intrusive, can help prevent crime from happening or at least significantly deter those intent on causing harm.

Since today’s algorithms excel at collecting and analyzing massive data sets in real time based on machine-learned rules, the goal would be to give these systems access to live footage in order to assess situations in real time. The software should also be able to weave in relevant data from other sources including radar, building management, social media, and other data rich sources. Video surveillance can be a useful tool, but its efficacy can be greatly magnified using machine vision and AI technology.

For the purpose of filtering, for example, a rule could be set that says ‘During school hours, we want to monitor any suspicious activity/gunman sightings within a mile radius’. Each time one of these situational vectors are detected, a trigger is created to alert emergency services and key managing officials. If guns are sensed around public places or schools, we currently have the software and hardware to automatically flag this situation and notify police with precise locations.

ItÔÇÖs about setting up electronic boundariesÔÇöor geofencing around events. Giving the police actionable data opens up the possibility of stopping an attackÔÇöor at least lessening its impact on civilian populations. 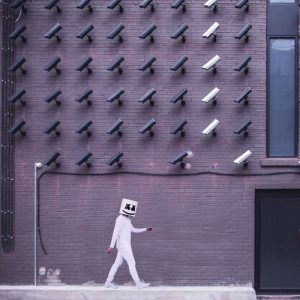 The point is to eliminate silos, optimize city operations, and address some of our biggest safety and security challenges faced during mass terror attacks, suicide bombings, crimes against vulnerable women and children, cyber-crime and vehicle ramming attacks.

The whole objective of being ÔÇťsmartÔÇŁ and introducing technology is about being proactive over simply reactive in these situations.

So the question is – Can we combat terrorism with technology?

Cities are currently experimenting with innovative approaches to preventing crime and countering extremism.

Many are improving intelligence gathering, strengthening policing and community outreach, and investing in new technological innovations. From processing data at speeds we could never have imagined before, to the development of recognition software, and the implementation of drones, the use of sensor technology and the benefits that the Internet of Things provides, we are seeing possibilities which didnÔÇÖt exist just a few years ago.

These cities are deploying what is known as┬á‘agile security’: data-driven and problem-oriented approaches that hasten the decision-making process while reacting to environmental changes which should limit security issues and increase urban safety.

Agile security measures are based on the premise that many types of crime, radicalization and terrorism are non-random and even predictable to an extent. With a few exceptions, they tend to cluster in time, space and among specific population groups. The massive surge in computing power and advancement in machine learning have made it possible to sift through gigabytes of data related to crime and terrorism in order to identify underlying correlations. The harnessing and processing of these data flows is crucial to enabling agile security in cities.

Accurate real time crime prediction is a fundamental issue for public safety, but remains a challenging problem for the scientific community. Crime occurrences depend on many complex factors.

A pre-requisite of agile security is connected urban infrastructure. When city authorities, private firms and civic groups have access to real-time data – whether generated by crime-mapping platforms, gunshot-detection systems, CCTV’s or smart lighting, they can increase the chances of detecting crime before it occurs. 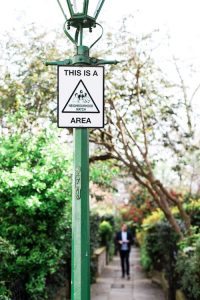 As a result, public authorities are more easily aggregating license plates, running facial recognition software, focusing on hotspots to deter and control crime, mapping terrorist networks and detecting suspicious anomalies. Some of these technologies are even processing data within the devices, known as edge computing, to speed up crime-fighting and terrorist prevention capabilities.

One example of a machine used in the war against terrorism is the PackBot. The PackBot can carry out complex tasks without any human interference and will be very effective in detecting terrorists and explosives. PackBot can analyze data from devices such as smart streetlights, connected bus shelters and a variety of sensors to make decisions in real time.

While technology can only help so much, we also need to focus on making physical, social and cultural changes to the environment we live in. This could be building low-rise buildings and green spaces, providing community centers, promoting demographically diverse communities and targeting renewal measures in neighborhoods that are at a perpetual disadvantage. Investments in high-quality public goods and social cohesion will help prevent crime and radicalization even more.

Agile security should aim to avoid curbing civil liberties – intentionally or unintentionally. Local governments need to find ways to consult with city residents and local groups to discuss the implications of these new technologies. This means undertaking consultations, especially in the most vulnerable communities.

If┬á deployed with diligence and care, the adoption of agile security measures can yield massive┬áeconomic savings uplift entire communities to prosper. At the very least, they would reduce expenditure on law enforcement agencies, prosecutors, judges and penal authorities. By preventing crime and terrorism through technology-enabled means, governments and businesses can also reduce medical costs generated by victims, lower insurance premiums in high-risk areas, cut back on private security guards and improve the overall investment climate.

We all are well aware that technologies are not 100% fool proof. They tend to be tested in lab-based environments and trained on fake attempts to deceive rather than in real-life situations.

The people who are monitoring video surveillance are already dealing with data overload. Just because you can generate more data doesnÔÇÖt actually give you a solution. A real solution requires a potpourri of people, processes, and technology.

It is a valid argument┬áthat technology does not have three vital qualities that humans possess: experience, values and judgement. This means that machines may miss something that only a human could detect.

So while technology offers exciting possibilities for tracking terrorist communications and predicting attacks and criminal situations, it isnÔÇÖt a replacement for human judgement and should be applied carefully.

This world needs to be a happier safer place.

ÔÇťSafetyÔÇŁ is the prime component of a ÔÇťSmart CityÔÇŁ. It is the basic human right for all of us living in it. ItÔÇÖs not a luxury. It is our responsibility to leave a safer, more secure world for the generations to come. A world free from crime, radicalization and religious bigotry. Technology combined with human awareness is one step closer to reaching that Utopian world.

A LOOK AT OPTIMIZING MANUFACTURING THROUGH…

UNDERSERVED COMMUNITIES: A LOOK AT CLOSING…